With the news today that yet another Australian Music festival is cancelled, one could be forgiving for thinking Music is taking a hit in Australia.

What was being touted as “Australia’s first Cruise ship Festival, Sea n Beats” by organizers has joined the growing list of cancelled Australian festivals.

Despite the disappointment for many music lovers, its important to remember how rich the live music scene Is in Australia and especially the “cultural backwater” that is Adelaide.

Just last week arguably one of the biggest bands in history, Fleetwood Mac played in Adelaide to a rousing reception.

So often Adelaide gets over looked by big bands however with the incredible facility that is Adelaide oval this will happen less and less.

The Rolling Stones were set to open the revamped venue in 2014, for unforeseen circumstances this didn’t happen but when they did eventually play it instantly put Adelaide Oval on the map.

ACDC are returning the Oval in November of this year, which is said to be a big night for Australian Music.

The Advantage of holding an event like that at Adelaide oval is it encompasses both the music world and the sport world.

A popular venue for sport like Adelaide Oval is, means it will attract interest sporting fans who enjoy the Oval.

Student and regular attendee of cricket matches at Adelaide Oval, Ross Lowe believes the synergy between sport and music is fantastic.

“I believe it is a good initiative as long as one does not intervene with the other cause obviously it’s used for sport but it is still a large venue which could successfully play host to many concerts” said Lowe.

To attract large bands to our sleepy city is fantastic, but its important to not neglect the local music scene that is continuing to grow. 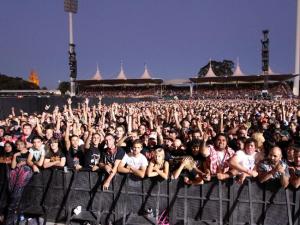 Music SA General Manager David Grice, speaking to News.com.au in 2014 emphasized that the scene is thriving.

“Original live music is starting to get valued a lot more than I’ve seen it generally in the past … the change is incredibly evident”.

Just because some festivals have not received as much support as hoped and were forced to cancel does not mean the whole music industry is struggling.

Adelaide has many great bands touring, local and foreign, small or large and great music venues, to cater to all tastes.

Music is more accessible than ever and as a result of that there are more and more bands to find and support.

Up and coming producer and vocalist Joy talks to Pilerats about her Instagram.

It is a light hearted story that shows she has a large Instagram presence like many Australian Musos.

You can see it here!

Read MusicFeeds take on it here

The Arias is Australia’s Music nights of nights but does anyone care anymore?

The awards will return to channel 10 after being relegated to channel nines secondary station go for the previous 3 years.

This was obviously due to ratings being unsuccessful but channel 10 is hoping they will improve but their is no indication they will.

The nominated acts represent a diverse arrangement of musical genres and music infamy.

Large international mainstream artists such as ACDC and Deltra Goodrem, mixed in with the relative obscurity of folk act Marlon Williams.

However in recent years Aria success has not translated into mainstream success.

For example Boy and Bear won 6 arias in 2012 and there was much buzz about them for a matter of months and then it quickly disappeared.

The Arias may be the Australian equivalent of the Grammys but in reality there is no comparison.

It’s important for Australia to have an industry night but if all these acts win is the prize on the night and a few months of accolades, is it worth it?

Student and music fan Saige Prime said “I tune into the Arias for brief moments during its broadcast, however its predictability in winners and quality of live music is often unbearable that I switch over”.

It seems many agree with him as Last year the Arias failed to make the top 20 most watched programs of the night, with only 602 thousand people nationally tuning in. The actual awards show was out rated by the red carpet.

This led to criticism that it is more of a fashion show than a genuine representation of the Australian music industry.

Its expected that the red carpet rates highly and its important to have that section of the show to expand its viewership.

However if people just tune out after the red carpet finishes without experiencing the music awards then the red carpet could have been for any event.

Of course for the Arias to survive television ratings and advertising is key. This inherently means genres with high radio presence like pop will be valued higher than say jazz or blues.

Many have said that as Australia’s night of nights it needs to be inclusive of all genres and whilst many genres have awards they are not valued equally.

Truthly this will likely never happen and despite the heavy focus on ratings and commercial endorsements it is yet to be known if that will translate too ratings success.

It’s unlikely the Arias will disappear anytime soon but has to be said that in order for the awards to remain relevant something needs to be done. 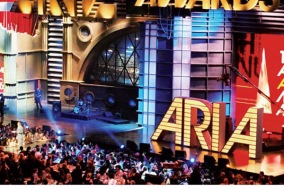 Szymon’s Tigersapp may be the most moving and brilliant album of the year, for both content of the recording and the incredible story behind the music.

Szymon Borzestowski was a gifted musician from an early age and at the age of 18 it seemed like his music career was going to take off.

He was on an overseas trip when his father sent demo tapes to EMI Music in 2008 , they loved it and sent him recording equipment to record more songs in the hope of an album.

However the thought of focusing on music was too much as he began to struggle with depression.

It seemed as though his music would never be released to the public.

However EMI producer Mark Holland was determined to release his music and asked the family if he would be able to look through Szymons recording and to try and produce an album.

His family agreed and in 2015 Tigersapp was released. An incredible mix of folk electronica and dream pop, with Szymon’s haunting vocals makes for an incredible journey.

The first track on the album, Golden has flowing guitar riffs and seems to portray a mood of happiness from first listen, however it is clear the song is far deeper.

“I lose pick of dance on the trees

Making it seem so easy

Drove off the life

Fair games stands but never be

Many in the dead of the night”

This verse encompasses so many feelings with its lyrical complexity and it becomes clear that throughout the album that these songs were written by someone who was at times battling an awful illness but able to produce songs of such beauty and hope.

Unlike many recording there are instrumentals on the album.

The pick of them being zoo story.

Despite no vocals the talented instrumentalist manages to create a remarkable song that sends you on a journey, no different to his songs that feature lyrics.

The third and in my opinion best track on the album, Medusa, is the most high tempo song on the album but continues in the same vain of sadness but it is impossible to not feel that there is hope in medusa just like there is in the others.

Unfortunately no one will ever be able to see Szymon perform live or hear another album but he was able, with the help of his family and friends, to give a gift to the world that will preserve his legacy for years to come.

The lulu Raes are a four piece band from Sydney, working primarily in “ sun baked pop”.

They are one of the many bands who has a large presence on music sharing sites such as Spotify, Bandcamp and SoundCloud.

Band member Marcus has noticed a distinct trend in their audience shifting to using Spotify.

“Our new single (burnout) has over 100,000 Spotify streams but like less than a thousand Triple J Unearthed downloads.”

Despite the emergence of free listening sites such as Spotify the exposure is still in Marcus’s words, “super important”.

This airtime has opened up the Lulu Raes to a wider and larger audience, something they are pleased about.

“I think it’s the same “fan base” (at the concert) but there’s more of them and they really perk up when they hear Burnout or Reputation”.

The increased fan size has allowed them to book out festivals as well such as Festival of the Sun.

Despite the ever increasing accessibility of their music to users on the internet, the lulu Raes gigs still draw a large audience and Marcus thinks he knows why. 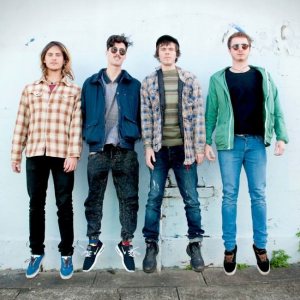 “I think the accessibility also came around the same time as all the social media crap. Maybe people don’t have to go to theshow to hear the music for the first time, but they do have to go to the show if they want that sick Snap Chat story or Instagram photo.”

Whilst Marcus expresses some sadness that the days of being able to walk into a bar and hear a new great band due to mostly “ticket only shows” may be gone he is excited about how many people are able to experience their music that otherwise may not have.

The Lulu Raes have not yet released an EP or an LP just a collection of singles and that’s how they plan to keep it for the near future.

It’s very hard for us because we’re dumb (making an album)”.

“We’ve never prepared an album or an EP, all we’ve known is pumping out singles, I think we want to make anEP of singles though”.

As their star is rising they begin to tour with bands such as Gang of Youths and Sticky fingers.

Their recent sticky fingers Tour was a success apart from one minor mishap.

“The Sticky tour was really fun but then Eddie (band member) ran our rental van into a pole and it cost us $1000 to repair.”

You can check out Lulu Raes on Spotify Facebook, Bandcamp and SoundCloud and look out for new music.

A music blog made as part of Uni assignment dedicated to showcasing new bands and musical trends.

The title of the blog may be the only ode to 80s one hit wonders, however a wide range of musical genres and news will be on offer to suit all tastes

This is a text widget. You can use text widgets to display text, links, images, HTML, or a combination of these. Edit all of these widgets in the Customizer Widget section.